RSS Feed
← Not Your Usual Sunday Ride
The R@SKLs in Taiwan: Day 1 →

If your children want to visit Legoland Malaysia, take your bike

Puteri Harbour is a marina development that spans 2.8km2 (687 acres) in the new regional city of Iskandar Puteri.  The harbour opens into the Johor Strait, which separates peninsular Malaysia from the island of Singapore.

Iskandar Puteri used to be known as Nusajaya.  To add to the potential confusion, Kota Iskandar is the name of the administrative centre for the state government of Johor, which within Iskandar Puteri.

I spent a few days at Puteri Harbour.  I wasn’t there to visit Legoland Malaysia, though it is the main attraction in Iskandar Puteri.

I was there to keep Biker Chick company in the evenings.  On the first day, while she was at work, I went exploring on my bicycle.

The Hotel Jen Puteri Harbour looks out onto the marina.

This was my favourite among the boats and yachts moored there.

The grounds of the marina are decorated with, among other things, a series of bamboo sculptures.

There is also the beginnings of a bike-share scheme.  This was the only station I saw.  More may appear as the residential and office buildings in the area are completed and opened.

Medini City, to the west of Puteri Harbour, recently announced a 22km / 14mi cycling path from north to south of the development. 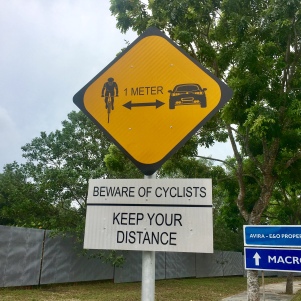 Many of the buildings around Puteri Harbour and Medini are still either being constructed or being fitted out.  I saw a large lorry delivering air-conditioning units to one apartment block.  Other towers still have cranes alongside them.

Because of the ongoing building work, many of the roads in the area are closed to traffic. 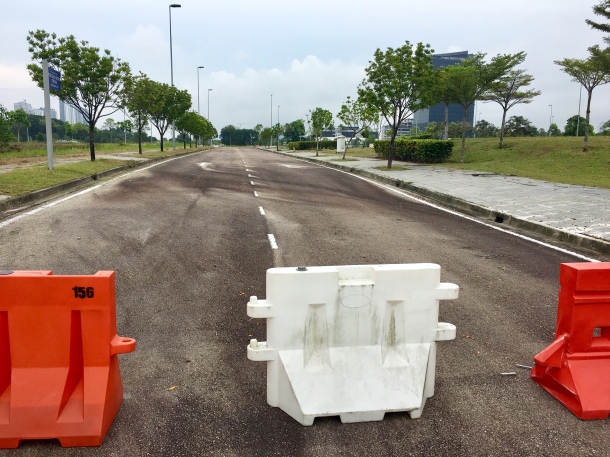 The roads themselves are finished and are in excellent condition.  Perfect for a bike ride.  The entire area where I rode was almost devoid of traffic.  I avoided Lebuh Kota Iskandar, which is a major road.  Even that road had very few vehicles on it each time I rode across it.

It is probably busier on weekends and holidays.  Legoland Malaysia does not disclose attendance figures.  It did exceed its target of 1 million visitors by the end of its first year of operation in 2013.  The number of visitors must have increased since then.

The main attraction in Iskandar Puteri. 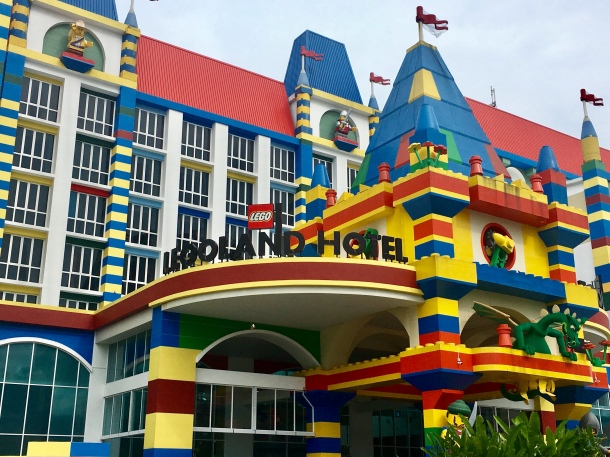 Lots of apartment blocks with sea views are going up.

If you don’t want to moor your boat at the marina, you can buy a property with its own pier.

This is the front of the State Secretariat building. 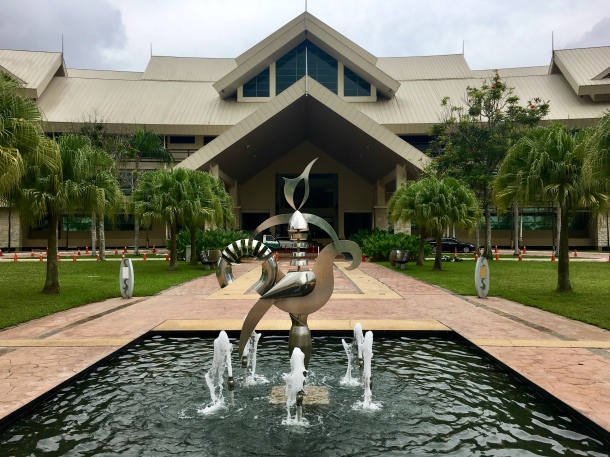 The Kota Iskandar State Mosque is not far from the State Secretariat. 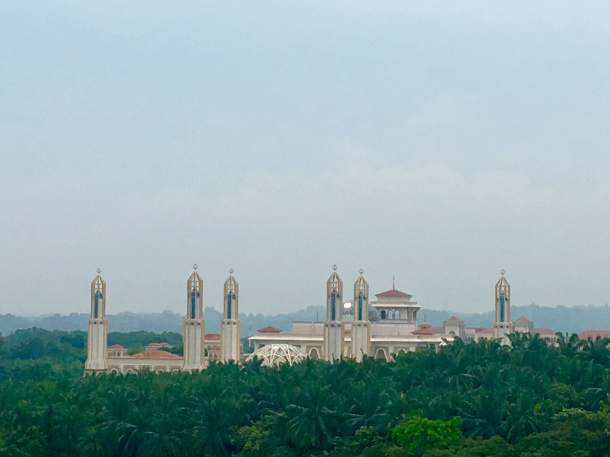 The Iskandar Botanical Gardens is worth a visit.  And not just for wedding album photographs. 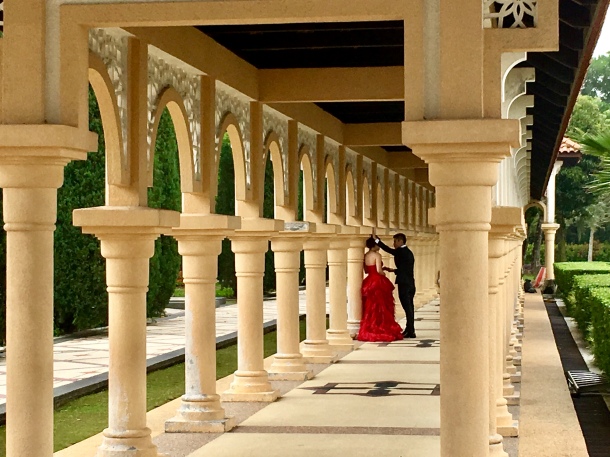 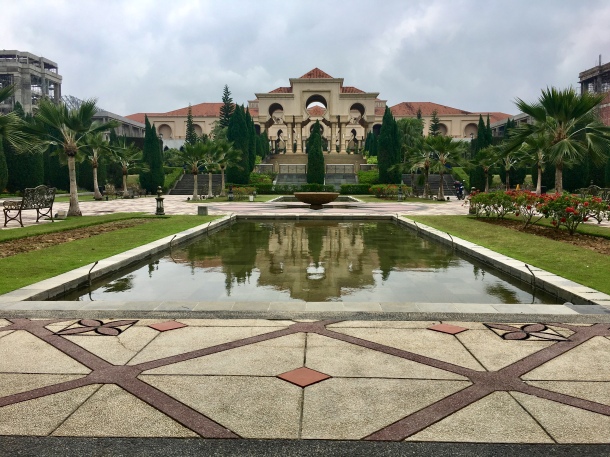 There are several PublikArt spaces in Medini.  This sculpture of three manatees is titled I Too Am Iskandar Puteri.

There is a lot to see as you cycle along.  Next time you take your children to Legoland Malaysia, bring your bicycle as well.

I left Malaysia in 2008 as a non-cyclist. I am back home now with three road bikes and all the paraphernalia that goes with being addicted to cycling.
View all posts by alchemyrider »
← Not Your Usual Sunday Ride
The R@SKLs in Taiwan: Day 1 →