Rail and Road to Ipoh 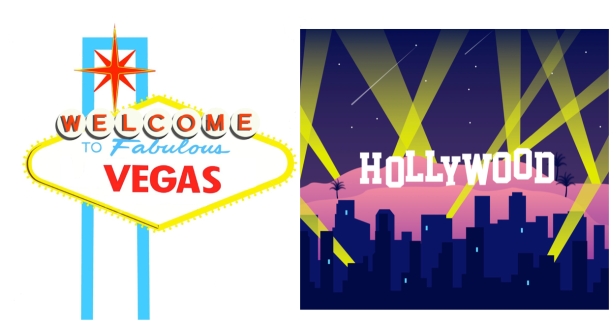 Vegas and Hollywood were two of the highlights of our weekend trip to Ipoh.  More on that later.

Canning Garden in Ipoh, where we spent the night, is just over 200km / 124mi from Kuala Lumpur.  Which is just a bit further than we wanted to cycle.

So we went by train for part of the way.  Tanjung Malim is as far as you can go northwards on the KTM Komuter train.  The KTM Electric Train Service (ETS) goes beyond Tanjung Malim to Ipoh and onwards to the Thai border, but full-sized bicycles are not allowed on board the ETS trains.

Early on Saturday morning six of us met up at various points along the way to the Kepong Komuter station.  We would normally have boarded the train in Kuala Lumpur.  Track upgrading work means that there is temporarily no service between Kuala Lumpur and Kepong.

Danial, Halim, Choo Chian, Safwan, Ozzy and I caught the 7.10am train ride from Kepong to Tanjung Malim.  That was the last weekend non-peak hours train until 8.00pm.  Bicycles are allowed on Komuter trains during non-peak hours only.  The train ride took about 75 minutes.  We had the last carriage almost entirely to ourselves.  At 9.00am we were scouting the area around the Tanjung Malim station for a place to have breakfast.

The stop at Restoran Hijas was the first of many.

By 9.45am we were on the road northwards to Ipoh.  We cycled along Federal Route 1, which as the name implies is the first and oldest federal road in Malaysia.  Federal Route 1 was the backbone of the road system in the western states of Peninsular Malaysia before being supplanted by the North–South Expressway (E1 and E2).

Our next stop was at the Shell station in Slim River.  So named for a Captain Slim, who in the nineteenth century sailed up the river, mistaking it for the larger Perak River, which was the main waterway at that time.

We were trundling along at a relatively relaxed pace.  We were all carrying clothes, toiletries etc. in our saddle packs.  Some of us had handlebar bags as well.  Danial was on a Marin touring bike.  We weren’t set up for speed.

So it was two and a half hours before we got to Restoran Shakir in Sungkai, where we had drinks and topped up our bottles with ice.

A word about the state of the road is appropriate here.  The entire length of the ride was about 125km / 78mi.  There were some badly rutted and patched sections, but in the main, the road surface was reasonable to good.  However, there was enough debris on the road that you had to keep your eyes glued to the road ahead.

3km after leaving Restoran Shakir I got distracted by a motorcyclist pulling off the road to my left and clanged straight over a substantial lump of stone.  The noise that made was loud enough to make me think that I had damaged a rim.  Not the case as it turned out, but I had pinch-flatted both my tires.

Thank goodness for riding with friends whom I could borrow an inner tube from.

Danial and Ozzy rode on while my three assistants and I fixed two flat tires.  We caught up with them about 10km / 6mi later at a row of fresh fruit stalls in Bidor.  It was 1.00pm and 33° C / 91° F by then.  Iced mango slices hit the spot.

We got to Tapah about thirty minutes later.  A good time to stop for lunch.

The KFC in Tapah was packed but we went in any way.  The air conditioning was the main attraction.

My lunch was pretty good too.

After forty-five minutes in the cool of the KFC, we headed out into the sun again.  Not for long though.  It was 35° C / 95° F.  Twenty minutes later we stopped at the Shell station in Temoh for ice cream and drinks.

Thirty minutes after that we were inside a Petron station at Kampar.  I told you we stopped a lot.

The next ice cream and drinks stop was at a Shell station in Gopeng.  It was 4.30pm, and we had 18km / 11mi to go.  But we had two more stops to make before w got to Canning Garden.

All the Way from Tanjung Malim we had ridden past a multitude of roadside stalls, some quite makeshift, selling durians.  Durians are regarded by many in Southeast Asia as the “king of fruits.”

Photograph courtesy of The Star Online

Durians are a seasonal fruit, and prices have soared in recent years as more and more of the local crop is exported to places like China.  But this year, a combination of unusually hot weather and heavy rainfall resulted in a long durian season.  This has produced an oversupply that has pushed down prices.

Danial could not resist the temptation.  We stopped in Simpang Pulai for a mini durian feast.  While the others were delving into durians, I noticed, set back from the road, the ruins of this mansion.

In its heyday in the 1920s and 1930s, Ipoh was the epicentre of a tin mining boom.  Newly minted millionaires built mansions like this one.  Following the depletion of its tin deposits and the collapse of tin prices in the 1970s, Ipoh suffered decades of decline and neglect.  Epitomised by these remains of what was once a stately home.

Our last stop was at the Ampang Cycle House, where I bought inner tubes and CO2 cartridges to replace what I had borrowed.

4km / 2.5mi away from the bike shop is this terraced house which was our home for the night.  Choo Chian booked it online for us.  Very comfortable and well-equipped it was too.

So why Vegas and Hollywood?  They are the names of famous eating places in Canning Garden.  Both are coffee shops housing a collection of food stalls, so there is a variety of dishes on offer.

It was 6.30pm when we arrived at Canning Garden.  After storing our bikes in the house, we walked, in our cycling kits, to dinner at Vegas.  Vegas is open at night but not in the morning.  Hollywood, 100 metres away in the next block of shophouses, is closed at night and open in the morning. We would be at Hollywood for breakfast.

There are no dinner food photographs to show, but I assure you the food was good.

After dinner, we washed ourselves and our cycling kits, and lounged in the sitting room for a while.  Some of the guys went back out at about 10.00pm for a teh tarik.  It was lights out time for Halim and I.