The photographs are in!  Thank you Johan Sopiee.

The plan for Day 2 was to roll out at about 7.00am.  A few of us crept out of the hotel before dawn for breakfast at McDonald’s.  Trying not to wake up the person at the front desk.

Then it was time to put on cycling shoes (which had dried overnight after the ride through the rain), sun tan lotion, inspect our bikes, and wake up the desk clerk so we could check out.

Fikri, Izzat and I were ready to roll at the appointed hour.  We discovered then that the rest of the group had opted to eat breakfast after putting on their cycling kit and checking out of the hotel.

So the three of us hit the road while the rest went to McDonald’s.

Before long we were making the left turn onto Route N4 toward Chuah.  I don’t think the others were that far behind. 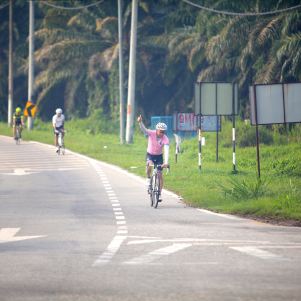 By the way, despite what you see in these photographs, the national tree of Malaysia is NOT the oil palm.

The climb of the day came as we approached the left turn to get back onto Route 5.

At 35km / 22mi the route curled through the small town of Sepang, before heading back toward the coast.  That was the closest we would get to the KL International Airport. 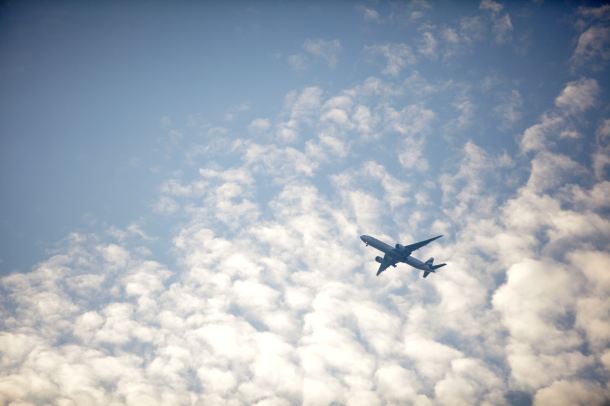 I made a short stop at the PETRONAS station in Sungai Pelek.  The same one where Fikri and I stopped on the way to Port Dickson.  As I remounted my bike, Izzat rode by.  I chased after him and we rode together back out toward the coast.

About 8km / 5mi outside Sungai Pelek we came upon the U-turn point for the participants in the Klang Première Century Ride.  That ride started and ended at the Klang Première Hotel in Bandar Botanic, a kilometer or so from where we would finish our ride.

We shared the road back to Bandar Botanic with the Klang Première riders,including some who had decided that they had ridden enough for the day. 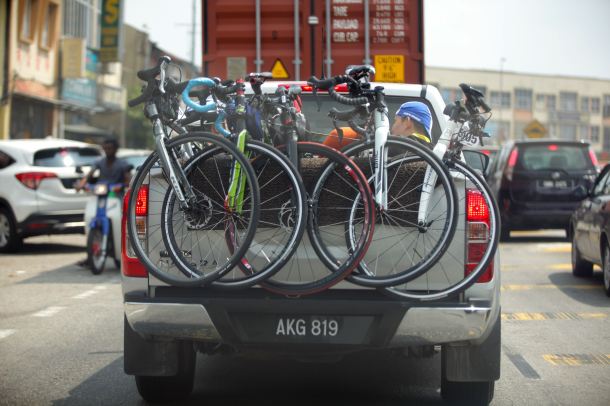 I got to Morib at about 10.30am.  Alvin, Liang and Mark were still there.  I slurped down an iced Milo and an ais kacang, and enjoyed the sea breeze as we sat in the shade.

Just as we were leaving Morib beach, Fikri rode up behind us.  He had been delayed by a problem with his seat post.  He might have wished he hadn’t caught up with us.  Liang proceeded to set a pace between 35kph /22mph and 40kph / 25mph for the next 20km / 12mi to Telok Panglima Garang. 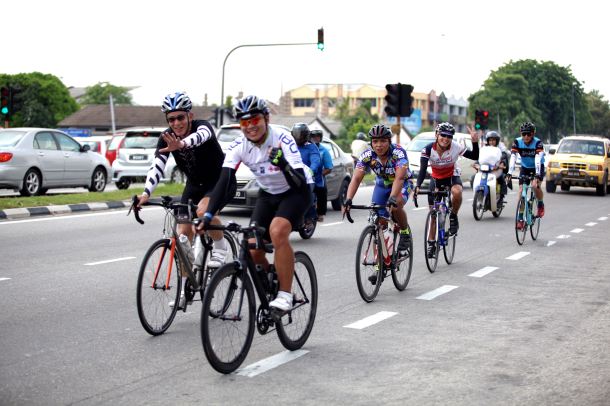 It was midday.  And hot.  And the pace had been high.  So a stop at Cendol Santan Sawit Mak Lang was called for.  Nothing like ice cold cendol to induce a touch of brain freeze.

Brain freeze or not, we stopped again 7km / 4mi later at a PETRONAS station for yet more cold fluid.

It is 5km from that PETRONAS station to the interchange between Jalan Klang Banting, as Route 5 is named at that point, and the KESAS Highway.  Fikri and I waved goodbye to the Flipsiders as they turned right at the interchange toward USJ.   The two of us crossed the KESAS flyover and rolled the final kilometer to the Hotel 99 in Bandar Botanik.

Izzat was already there.  He has a great capacity for riding long distances without stopping.

Happily, everyone else made it to the Hotel 99 safely. 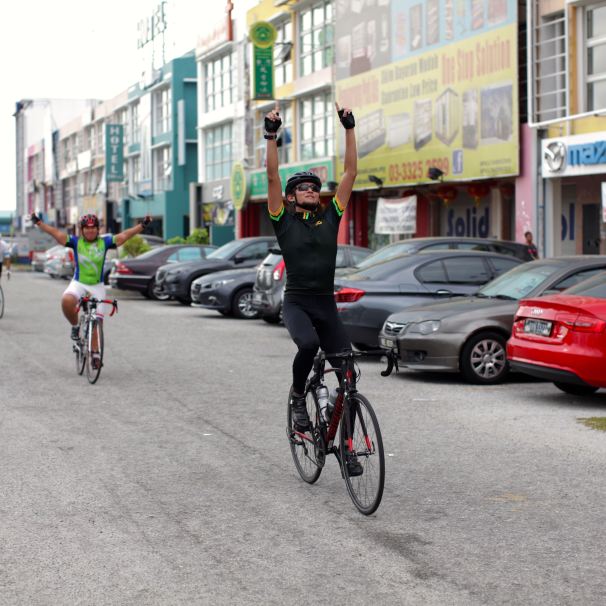 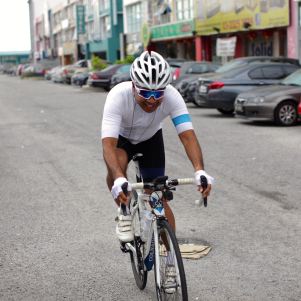 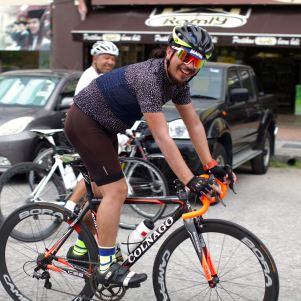 It was another excellent cycling event.  Foogie produced an excellent video summary of the two days.

Many thanks to Danial, Johan, Foogie, and the other participants for making this a fun weekend.

So when is the next BCG Tour?