Penang is noted for its food, its beaches, its street art, and its bicycle lanes.  The Tien Hotel Residence will soon join that list.

Fellow R@SKL TH Lim has been converting what was the Sky budget hotel into a swankier boutique hotel.  Here he is in the upstairs lounge / bar area. 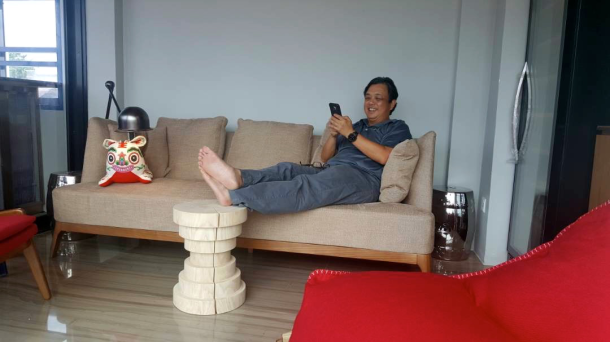 The Tien Hotel Residence will open its doors to the public soon.  TH invited the R@SKLs for a “shakedown” stay at the Tien.  He wanted feedback from us so that any kinks could be ironed out before the official opening. 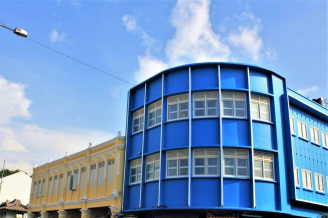 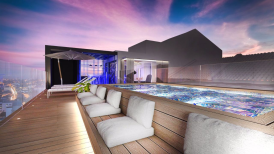 Eight of us jumped at the chance to be the first guests at a very nice boutique hotel located in the historic center of George Town.  We did everything in the style befitting our accommodation.

Starting with transporting our bicycles.  We hired an eighteen-seater van and driver to get our bikes to Penang and back.  Nine bicycles (including TH’s bike) and our bags went into the van, with room to spare. The eight of us met at Sultan Abdul Aziz Shah Airport on Friday evening for the short flight to Penang.  Some beers were needed to calm the nerves after some of us had endured stressful journeys to the airport through particularly bad KL traffic. 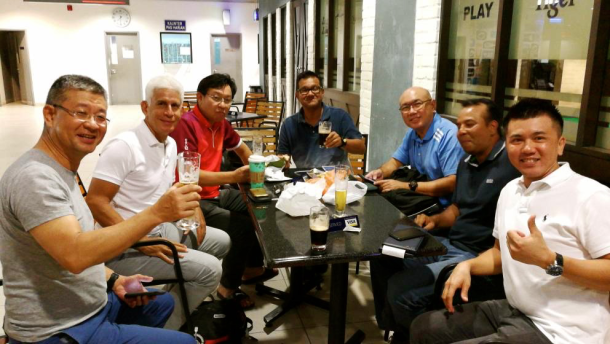 Malindo Air got us to Penang on time. 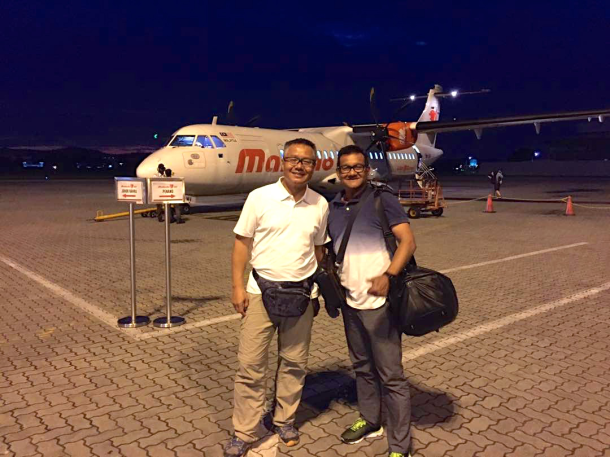 We each got a guided tour of our rooms upon arrival.  The rooms have everything you would expect from a boutique hotel, plus a few extras.  Along with the standard power sockets, the rooms also have USB sockets.  So mobile, Garmin, headphones etc. charging cables can be plugged into the sockets without the need for separate chargers.  There is also a wall-mounted HDMI port so you can stream A/V from a portable device to the curved screen television.  Lastly, the shower head has a built-in Bluetooth speaker.  What is really neat about the Bluetooth speaker is that it is powered by the flow of water through the shower head.  Eco-cool!

I did say Penang was noted for its food.  Given the Tien hotel’s location in the foodie area of George Town, we didn’t have far to walk for excellent street food.  Char kway teow, popiah, wanton mee, oyster omelette, apom manis and lok lok.  We had it all.

Simon and Pai were spoiled for choice at the lok lok stall.

After dinner our minds turned to our bicycles.  The van was supposed to arrive between 9 and 10pm.  We had been told that the van would be delayed.  This is why. 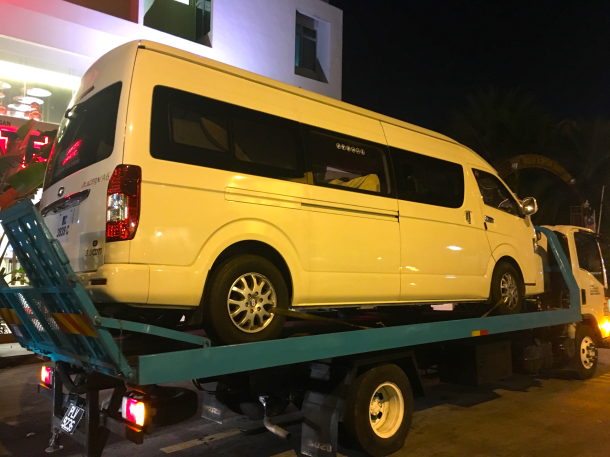