Not Your Usual Sunday Ride 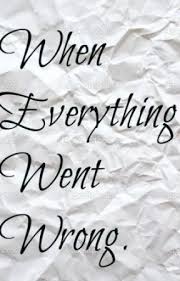 The R@SKLs have executed this plan many times:

The good news is that on the ride back to Batu 18, Lupe found her bottle top.  And I found my cleat cover at the bike rack outside Nam Wah.

The four of us had a good breakfast at Nam Wah.  The other R@SKLs had long left the scene.

I don’t know if they got caught in a traffic jam getting back to town.  We certainly did.  It took me 35 minutes to drive the 8km / 5mi from Batu 18 to the traffic light at Batu 14.  All the trail runners were exiting the Youth Skills Institute.  And there were a couple of weddings along the way.  Cars parked on the roadside added to the delay.

Ridzuwan had a lunchtime wedding to go to.  Luckily the wedding ran until 3.30pm, so he was able to get there in time.

I do know that Simon made a full recovery – apart from some itchy rashes.  We are all going to carry some prednisolone tablets on our rides from now on.

I left Malaysia in 2008 as a non-cyclist. I am back home now with three road bikes and all the paraphernalia that goes with being addicted to cycling.
View all posts by alchemyrider »
← トモエスガのお別れライド *
If your children want to visit Legoland Malaysia, take your bike →