I wrote about taking road bicycles onto KTM Komuter trains in Bikes on Trains in Kuala Lumpur.  Since then I have incorporated a train into my ride a few more times.

Once was over the Chinese New Year holiday in early February.  In the last week I’ve done two more bike and train rides.

The KTM Komuter network operates on two lines.  The Port Klang line runs east to west, from Batu Caves to Port Klang.  Batu Caves is less than 15km / 10mi from home, so a train ride from there doesn’t make sense.  Port Klang, at 50km / 31mi away, is further, but not far enough away to make a one-way ride to that station seem worth it.  And the ride to Port Klang through an entirely urban landscape is boring anyway.

The Seremban line runs from Tanjung Malim in the north to Rembau in the south.  Tanjung Malim is about 90km / 56mi from Kuala Lumpur.  Rembau is more than 120km / 75mi from Kuala Lumpur.  Those are reasonable distances to cover during a morning’s ride.  Much of the riding in either direction is through countryside and villages, so the views from the bike are pleasant.

We covered both directions last week.

Five of us did a mid-week ride to Rasa station in the north.  The destination was meant to be the railway station in Kuala Kubu Bharu.  Afternoon plans meant that we had to be on the train by noon.  A series of flat tires in Rawang and Bukit Beruntung slowed us down.  We were at risk of missing the train at Kuala Kubu Bharu.

So we had something to drink in Rasa town, and were in the station with plenty of time to spare. 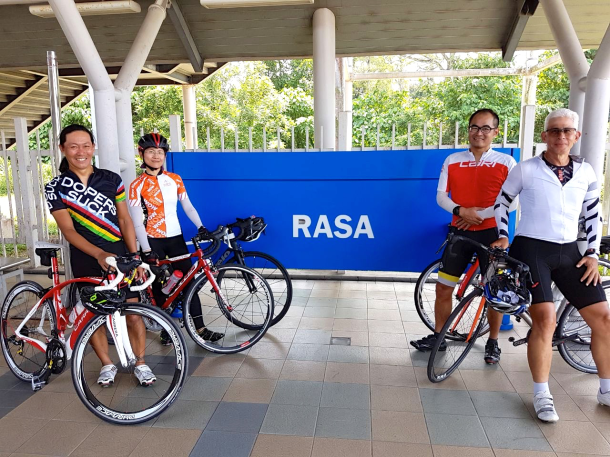 Eight of us rode out on Friday morning, bound for Seremban.  The early challenges were to get over the Ampang Lookout Point and Bukit Hantu climbs.

It was a clear morning, so it was worth stopping halfway up Lookout point for a photograph.  The Twin Towers are just about visible to the left of Liang’s head. 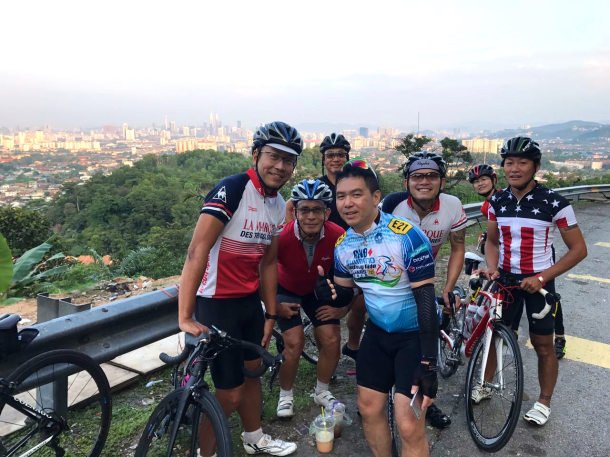 Coming off the descent of Bukit Hantu, it was nice to see the Semenyih Dam full again after such a long time. 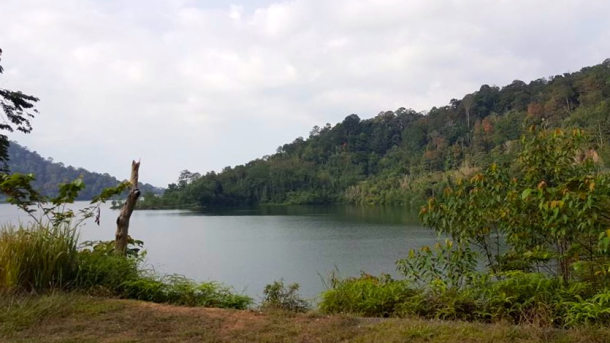 This caught our attention.

Waiting for our coconut shakes and pineapple shakes to arrive. Seremban was 30km / 18.5mi away.  Unlike Wednesday’s ride, we all got there with only one flat tire between us.  Which happened, unfortunately, just seven kilometers from Seremban.  Or to put a positive spin on things, fortunately, because the flat came just after a 150 meter / 490 feet climb.  Which gave everyone the opportunity for a rest.

We got to Seremban in time for food and drinks at the Pasar Besar Seremban, which is the main wet market in the city.  The fresh vegetables, meat and fish are sold on the first floor, and part of the second floor.  The rest of the second floor is occupied by food stalls.

There are ramps leading up to the second floor, so we rode our bicycles right up the the food stalls.

The railway station is a short ride from the market.  Marvin forgot his cycling shoes, but his sandals were a good stand-in.

We discovered that Fridays are not the best day to ride the train with our bikes.  There were a lot of people waiting on the platform for the 2.15pm train.  Luckily there was space in the last carriage for us and our bikes. More people with luggage got on at each successive station, and before long it was standing room only, with people squeezed in between our bikes.  Friday afternoons must be a popular time for people to start their weekend trips.

Quite a lot of people got off at the Bandar Tasik Selatan station, which is linked to the Terminal Bersepadu Selatan, KL’s main long distance bus terminal.   Some people got on at that station too though.  So it wasn’t until the train had passed through KL Sentral station that seats became available again.

Lay and I got off the train at Bank Negara station.  The others in our ride group got off one stop later, at Putra station.

We needed food and drink en route to home from the station.  League of Captains provided the coffee, and Souled Out on Jalan Ampang provided the satay. 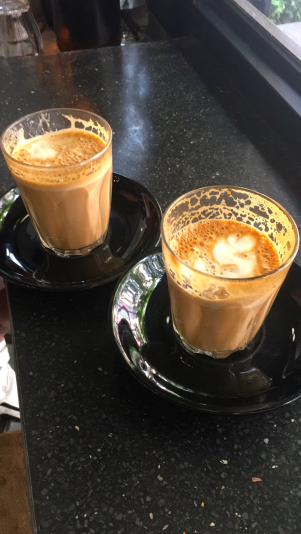 We may never go this far to get our bicycles onto train tracks,

but we will definitely be on the train with our bikes again and again.