By 2016 life was taking many Flipsiders in new directions, and our rides together became fewer and farther between.

I saw less and less of some of the Flipsiders, including Keat, over the past couple of years.  Keat and I did stay in touch, but our occasional meetings were over lunch rather than on a ride.

It is sad that it took Keat’s untimely passing to bring a larger group of Flipsiders back together for a ride.  At the same time, I am very happy that sixteen of Keat’s cycling companions were able to gather in his memory.  Including some who literally dusted off long unused bicycles in order to honour Keat. 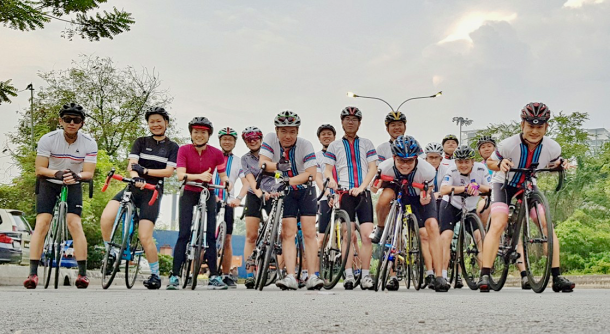 We took a route that Keat rode with us many times.  Bandar Sunway to Kota Kemuning for breakfast, and then on to Bandar Botanik and back to Bandar Sunway.

There was only one choice of restaurant for breakfast.  Pun Chun Noodle House. 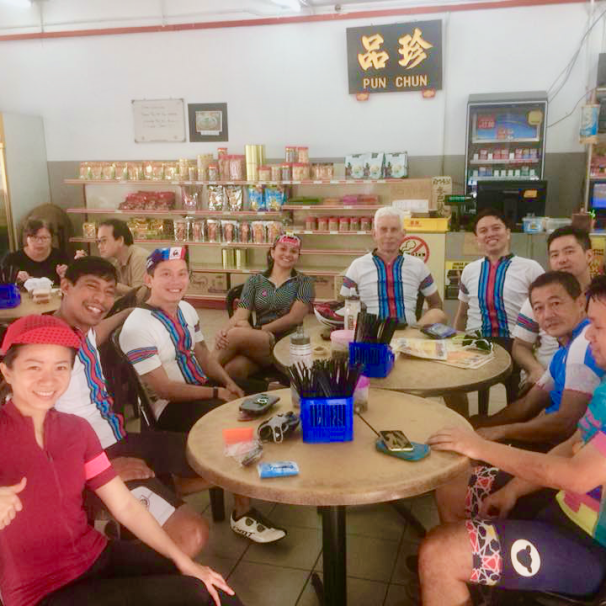 I had one of Keat’s favourite breakfasts.  Duck drumstick noodles.

We pedalled along roads familiar to Keat, and laughed and smiled as we talked about the good times we had shared with him. 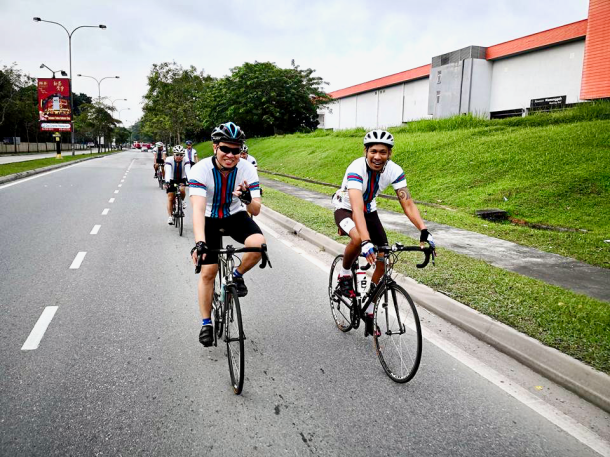 You will be sorely missed by all who rode with you.

I left Malaysia in 2008 as a non-cyclist. I am back home now with three road bikes and all the paraphernalia that goes with being addicted to cycling.
View all posts by alchemyrider »
← Wong Keat Soon: 1956 – 2018
Seven R@SKLs Ride to Teluk Intan →