Our plans for an early start were scuttled by rain.  We lingered over breakfast while waiting for the rain to stop. 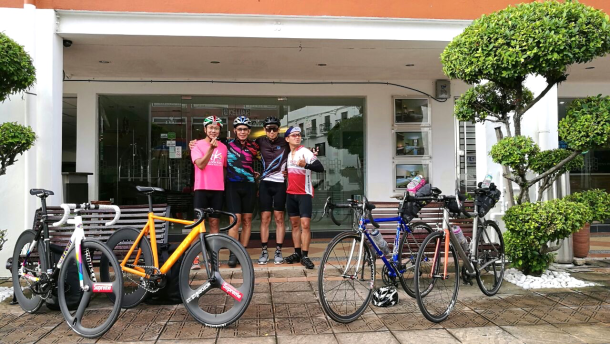 We rolled out of the Fenix Inn at 9.00am.  Not to immediately head north toward Port Dickson and Kajang, but to ride to the ruins of the A Famosa fortress, and to the Stadthuys. Two of the most photographed colonial buildings, the first Portuguese and the second Dutch, in Melaka. 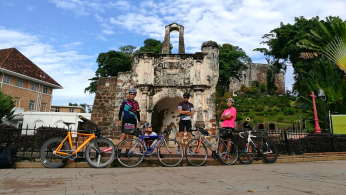 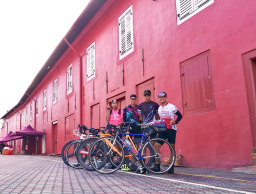 Photographs snapped, we crossed the Melaka River and started our 150km / 93mi ride back to Kajang. 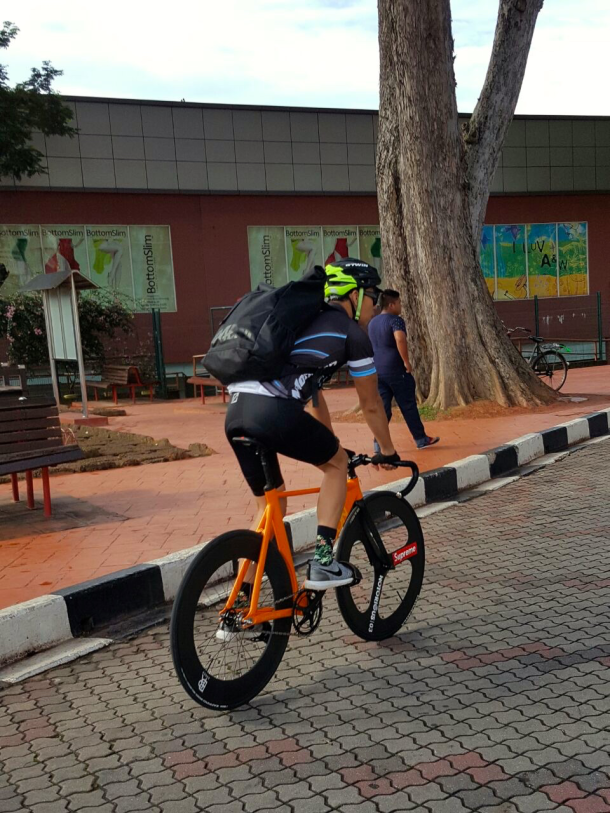 We retraced our route from the day before.  We also followed our schedule of stopping every 30km / 19mi or so.

The first stop came at a coconut water stand 27km / 17mi outside Melaka.  Mark and I had become separated from Alvin and Liang by that point.  We stopped again at the junction of Route 5 and the M142 to make sure that they didn’t miss that turn.

Riding together again, we got to Kuala Sungai Baru at 11.40am.  The Kuala Seafood restaurant already had its lunch offerings on display.  Everything tasted as good as it looked. 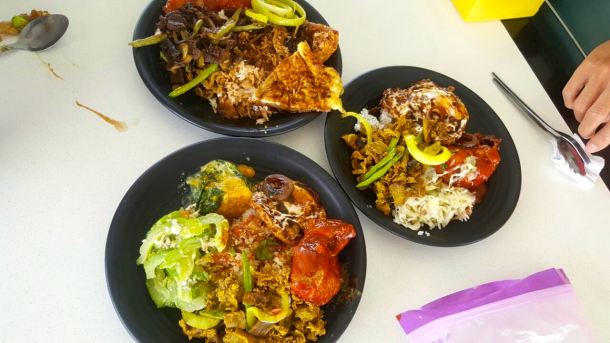 We lingered over lunch and drinks for an hour.  It had been hot the day before, and it was already hot again.  I were all dehydrated, and our bodies needed all the fluid we could take in.

The weather can change very quickly, and it did so after lunch.  We had to take cover at a bus stop near Batu Ibol as a sudden cloudburst rolled by.

The rain eased after ten minutes, so we headed back out onto the very wet road.  We rode through drizzle and on wet roads all the way to Port Dickson.

We stopped at Azmi Cendol in the town centre to dry off a bit.

And for some of this.

And some of this. 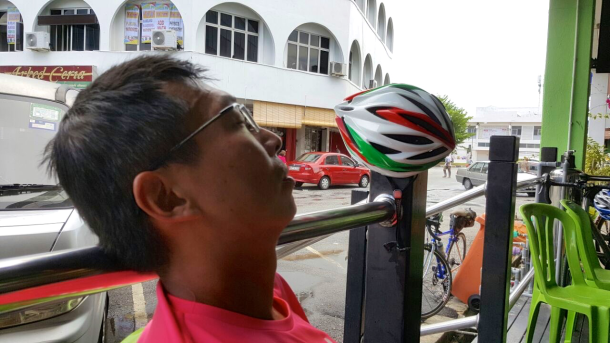 We were just over halfway home.  The sun came out again as we sat at Azmi Cendol.  Time to reapply the SPF70.  The rest of the ride was pretty uneventful.  No punctures!

It was hot and steamy.  We stopped for a much needed rest and something to drink just before the 100km / 62mi mark.  Coincidentally at the 99 Speedmart in Tanah Merah where we bought Cokes and such the day before.

There are 140 meters / 460 feet of climbing in the 12km / 7.5mi between Tanah Merah and Sepang.  Which was especially hard work for Alvin and Liang on their fixies.  They fully deserved the stop at the Shell petrol station in Sepang.

The climbing doesn’t stop after Sepang.  There is another 465 meters / 1,525 feet of elevation in the 45km / 28mi to Kajang.  By the time we got to Pekan Salak we all needed to refill our bottles.

We needed to catch our breath one final time with 20km / 12.5mi to go.  Then it was a leisurely ride past some high tech bodies:  the Atomic Energy Licensing Board, the Malaysia Genome Institute, and the Malaysian Nuclear Agency.

The National University of Malaysia in Bangi is the last landmark before the right turn toward Bandar Teknologi Kajang.  From there we had just 5.5km / 3.5mi to the police station where we had parked.  Oh, and a final 100 meters / 328 feet of climbing, just for laughs!

It had taken us ten and a half hours to get from Melaka to Kajang.  Six and a half of which were spent on our bikes.  We had done the return trip in about twenty five minutes less than the outward leg the day before.  Kudos to Alvin and Liang for pedalling for every second of those thirteen hours and fifteen minutes, as we covered a tad over 320 km / 199 mi over two days.  Very impressive!

We closed our credit card tour with dinner at Restoran Yip Sheng, down the road from the police station.  Fried rice, lemon chicken and braised beancurd.

A tasty end to a very enjoyable two-day tour in the company of very good friends.

I left Malaysia in 2008 as a non-cyclist. I am back home now with three road bikes and all the paraphernalia that goes with being addicted to cycling.
View all posts by alchemyrider »
← Roadies and Fixies Cendol Tour: Kajang to Melaka
Udang Galah Tour – Petaling Jaya to Teluk Intan →