Six of us did the loop from the Extreme Sports Centre at Sunway South Quay to the Bukit Jalil National Sports Complex and back, and then onto Bandar Botanik.

Along the way we gave Liang lots of opportunity to use his new GoPro camera. 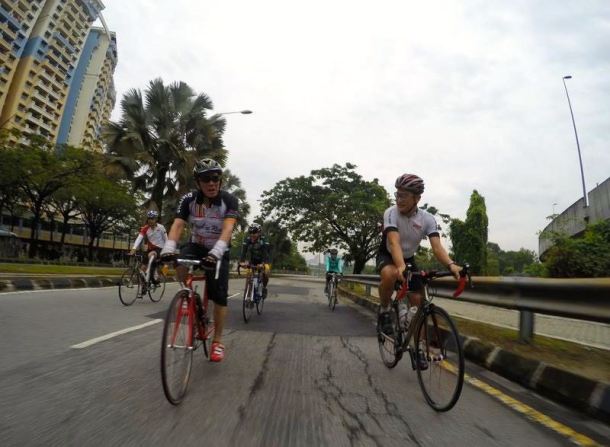 Mark, Natasha and Marco smiling for the camera.

The initial plan was to ride to our regular breakfast spot in Bandar Botanik.  Mid-ride we decided to look for a restaurant in Kota Kemuning.  Keat and I shared a joke while Mark looked up food options.

We decided on the Pun Chun Noodle House.  Where the signature dish is the Duck Drumstick Mee.  Liang and Mark were impressed.

It tasted as good as it looked. 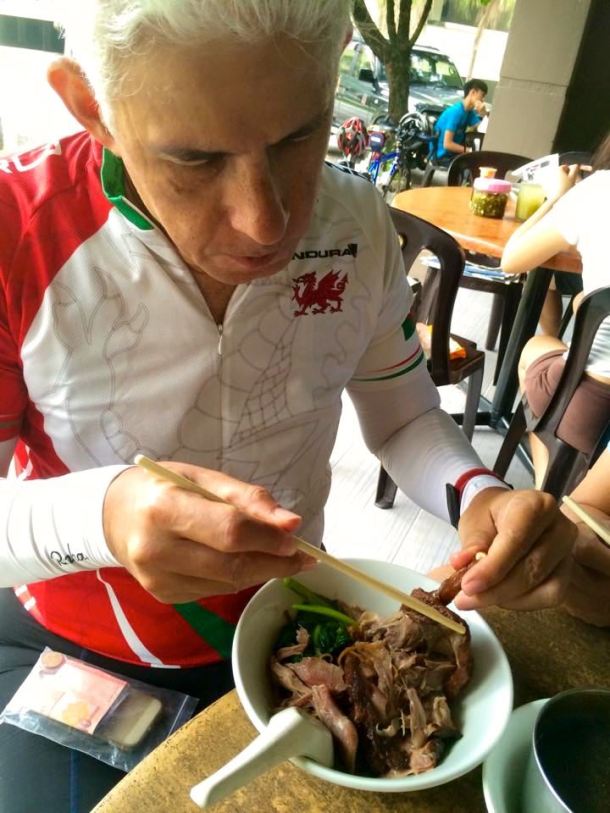 And their various coffees are yummy too.

Everyone enjoyed the food.  So much so that we are planning to ride to Pun Chun for breakfast tomorrow.  What a great start to 2015.

I left Malaysia in 2008 as a non-cyclist. I am back home now with three road bikes and all the paraphernalia that goes with being addicted to cycling.
View all posts by alchemyrider »
← Rapha Festive 500
Rapha Grand Tour Shoes Extended Use Review →