The Racun weekend group rides are usually not longer than 60 km.  If we start at 7am we can get to Kampung Kundang for breakfast and back to Bukit Jelutong by about 9.45am or so.  Before the day gets too hot.  The temperature is the limiting factor when it comes to ride length.

As a result a number of the group have never done a 100 km ride.  We decided to rectify that yesterday.  Mark planned a route that would take us from where he lives in Damansara Jaya to the Ijok exit on the LATAR highway and back.  About 110 km according to Google Maps.

Nine of us met at the car park in front of the Damansara Jaya post office.  Marco, Marvin, Peng Soon and Shahfiq were the 100 km ride neophytes (although Marco came close with a 95 km ride last weekend).

The route from the start to the Guthrie Corridor Expressway took us past the Sultan Abdul Aziz Shah Airport.  From 1965 to 1998 this was Kuala Lumpur’s international airport.  When it opened the runway was surrounded by jungle and plantations.  This was still the case when the Saujana Golf and Country Club  opened its doors at the south end of the runway some twenty years later.

As you can see from the route map below it is hard to justify the “Country” in Country Club these days. 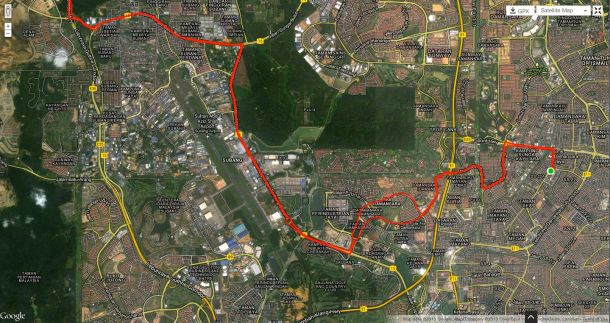 The airport and club are now hemmed in by urban sprawl.  Where there was once jungle and plantations there are now Ara Damansara, Kampung Bukit Cherakah,  Taman TTDI Jaya, Taman Subang Perdana, Kayangan Heights and a host of other residential and commercial developments.

Jet-engined aircraft now take off and land at the Kuala Lumpur International Airport, which is about 80 km from the city centre.  Sultan Abdul Aziz Shah Airport is still used by commercial carriers operating turboprop aircraft.

The roads in the area have expanded to cope with the increased traffic.   The flyover at the north end of the runway was new to me.  And when did Jalan Lapangan Terbang Subang and Jalan Sungai Buloh become four lane divided highways?

Jalan Sungai Buloh took us to the the familiar surroundings of the Guthrie Corridor Expressway.  We stopped at the little rest area behind the Lagong Toll Plaza to regroup before turning onto the KL – Kuala Selangor Expressway. 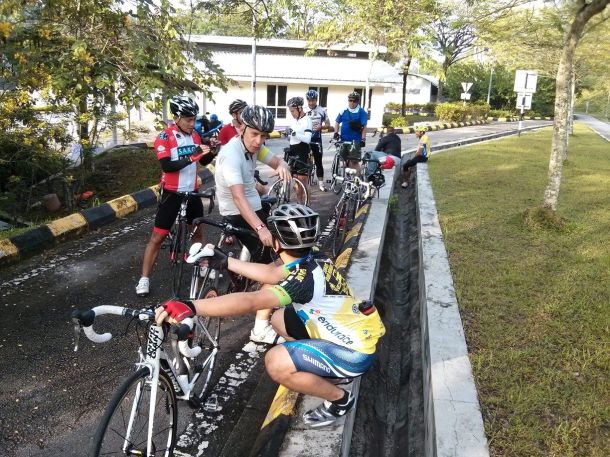 Our turn-around point was 20 km down the road at the Ijok exit.  Marvin looks ready for the return leg. 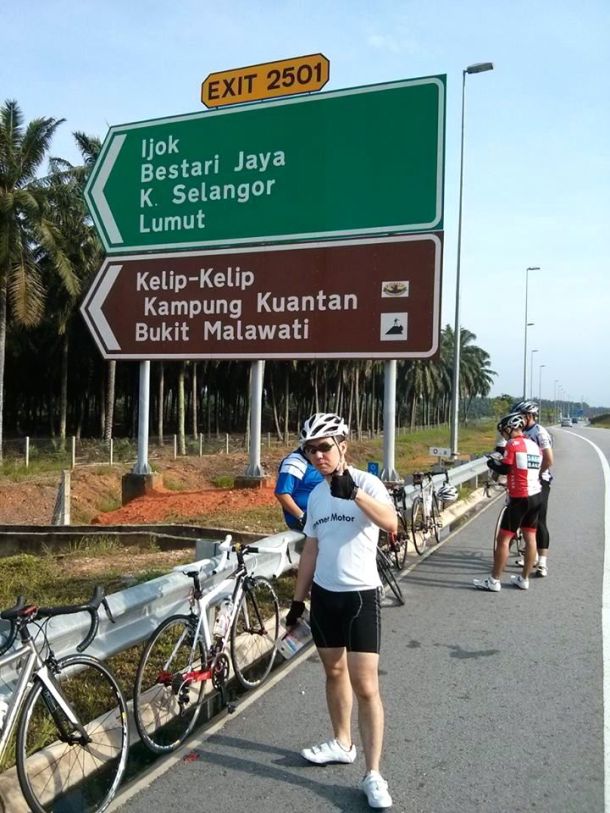 Marco, Peng Soon and Shahfiq (pointing skyward) look happy to be at the turn-around point too. 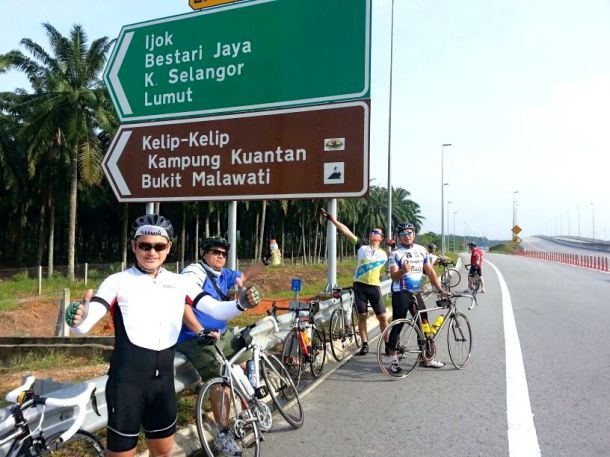 We chose a hot day for this century run.  It was already quite warm by the time we got going again at about 9am.  Everyone was getting hungry as well.  Good thing a visit to our favourite breakfast spot was on the agenda. 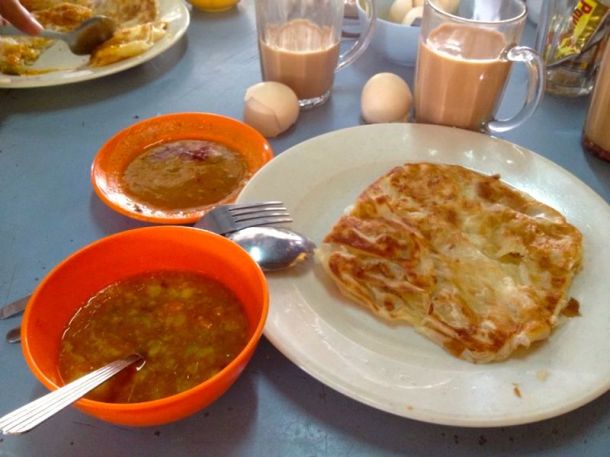 An hour later we were seated at Sharif Roti Canai.  The corrugated iron roof was radiating heat.  We were grateful to get a table under a fan.

We lingered under that fan for an hour.  Fortified by roti canai, teh tarik and soft-boiled free-range eggs we headed out to cover the 40 km back to Damansara Jaya.

The midday heat and a headwind made the going challenging.  We were all glad to get to the Elmina Rest & Recreation area where we could wash the sweat off our faces, pour water over our heads and sit in the shade for a while.

Congratulations to Marco, Marvin, Peng Soon and Shahfiq on their first 100 km ride.  Additional kudos go to Peng Soon, who hadn’t ridden more than 40 km in one go before.  He persevered despite aching legs and the heat.  In sneakers no less.

We will all be telling stories about this ride for a long time to come.

I left Malaysia in 2008 as a non-cyclist. I am back home now with three road bikes and all the paraphernalia that goes with being addicted to cycling.
View all posts by alchemyrider »
← Let’s Get Ready to Rumble Part Three
Chain Checkers Do No Good Just Sitting in Your Toolbox →