Travel has taken up a lot of time in the past month.  So I haven’t done much riding lately.  I have made plans to do a couple of “special event” rides in April and May.  At the least I will have something to write about then.

The cycling surprise of the past few weeks was the email I received on 8th February from MySports B.V. to tell me that my High Definition race videos from the 2012 Gerrie Knetemann Classic were ready to be downloaded.  Surprising because that ride was on 9th September last year.  Let me tell you about it.

The late Gerrie Knetemann won the 1978 UCI Road World Championship by outsprinting the defending world champion, the Italian Francesco Moser.  He also won the Amstel Gold Race twice, Paris-Nice and host of other races.  Knetemann was born in Amsterdam.  The 2012 event was the eighth running of the classic in his honour.

The ride started and ended in the Olympic Stadium in Amsterdam, the site of the 1928 Olympiad.  Seven Not Possibles cyclists tackled the 120km route.  From the left:  Jonathan, David, Micke, Christine, Johan, Andrew and Graham. 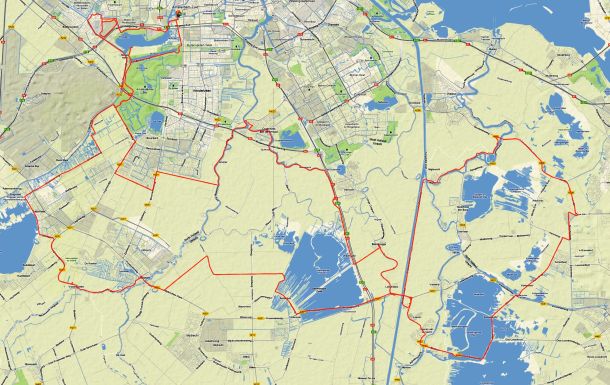 The route took through the Groene Hart, a particularly scenic slice of Dutch countryside.  For some variety we also rode along a section of perimeter fence at Schiphol Airport.

It was a particularly hot day so the two rest stops were appreciated. 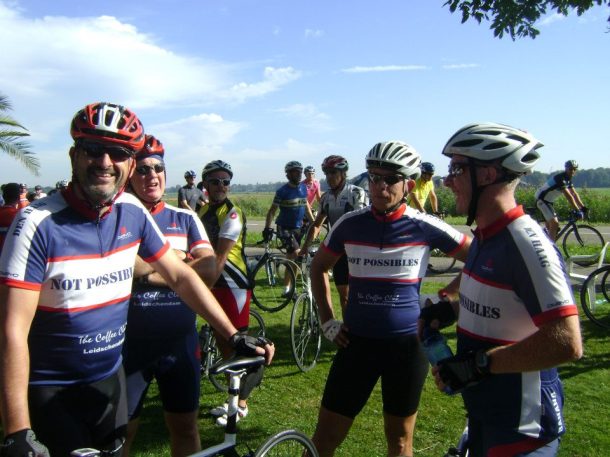 As were the stops forced upon us by open bridges. 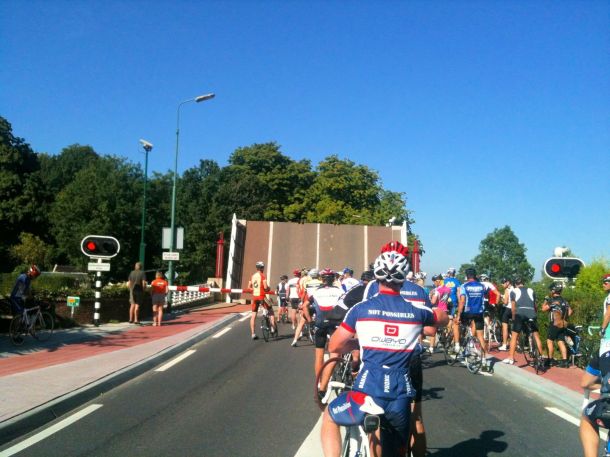 Like in the Witte Kruis Classic, the organisers included a time trial well into the route.  In this case at the 112km mark.  As you will see I did not attack the time trial.  Six kilometers later we rolled into the Olympic Stadium, with some of us doing our best Wiggo impersonations. 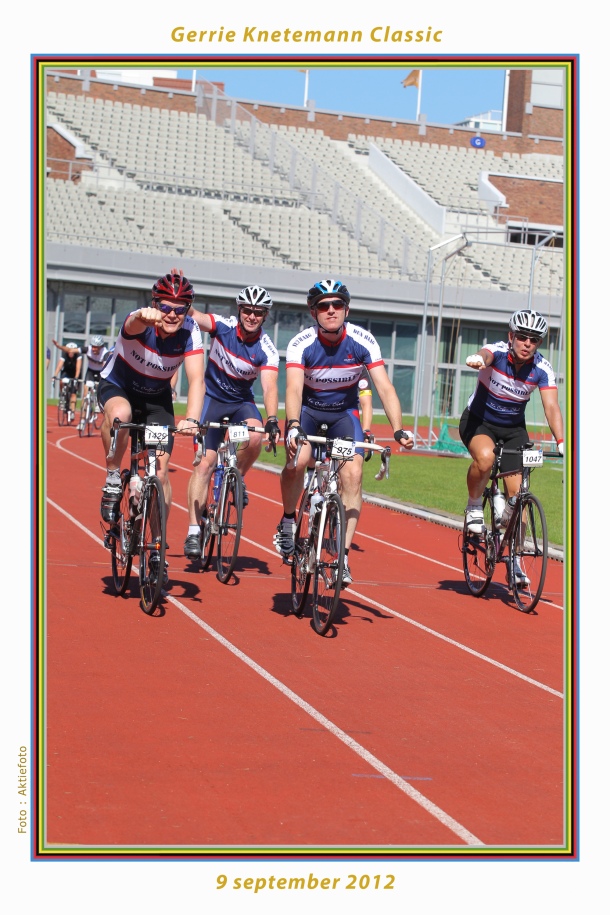 Did I tell you that it was a hot day?  Not long after this photo was taken we scrambled to find some shade to escape the heat as we destroyed some frites and cold drinks.

Photo courtesy of either Andrew B or Mike R

This post started with mention of race videos.  Here is a compilation:

Posted in Cycling in the Netherlands and tagged Amsterdam, Gerrie Knetemann Classic, Heat, The Not Possibles. Bookmark the permalink.

I left Malaysia in 2008 as a non-cyclist. I am back home now with three road bikes and all the paraphernalia that goes with being addicted to cycling.
View all posts by alchemyrider »
← OCBC Cycle Malaysia 2013
Bike Fit →