My alarm went off this morning at 4.15am.  It was time to get ready for the OCBC Cycle Malaysia ride.  Malaysia’s only mass participation cycling event on closed, public roads in Kuala Lumpur.

Our start time was 6.15am.  That would give us time to complete four loops before the city streets were once again opened to motorcycles, cars, lorries and buses at 8.30am.

By 5.00am my Racun Cycling Gang buddies were arriving at the entrance to my apartment building.  The ride started in front of the Petronas Twin Towers.  The building I live in is 500 meters from the Twin Towers.  So I had access to some of the most coveted parking space in the KLCC area.

At 5.30am we were gathered in front of Restoran Pelita, about two-thirds of the way to the start.  That was where we met those of our group who had parked further away and had ridden to the KLCC.

Time for some last-minute adjustments before we rolled to the start. 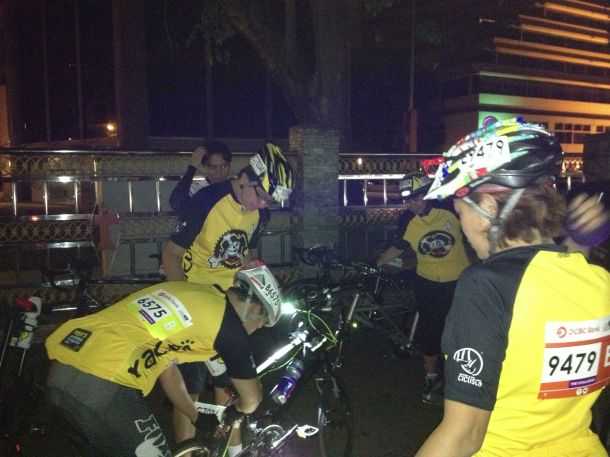 This ride was billed as one of the largest of its kind in Malaysia.  It certainly seemed that way as we waited amongst about 5,000 other riders at the start. 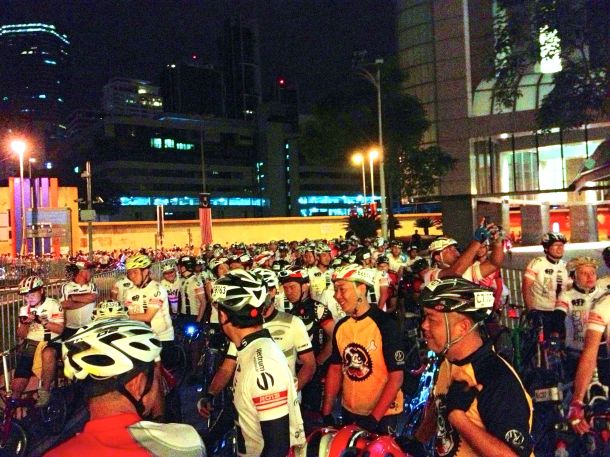 There were riders from Singapore, Thailand, Indonesia, the Philippines and from further afield.  Being amongst so many riders was a bike-spotter’s dream.  The “splash the cash” award went to the rider on the bike right beside us at the start.  I had never seen a Specialized S-Works McLaren Venge in the wild before.

The only difference between the bike in the photo above and the one we saw this morning was that the Zipp 404s had been swapped out for a Mad Fiber carbon wheelset.

Photo courtesy of Procycling at procyclingwarehouse.com 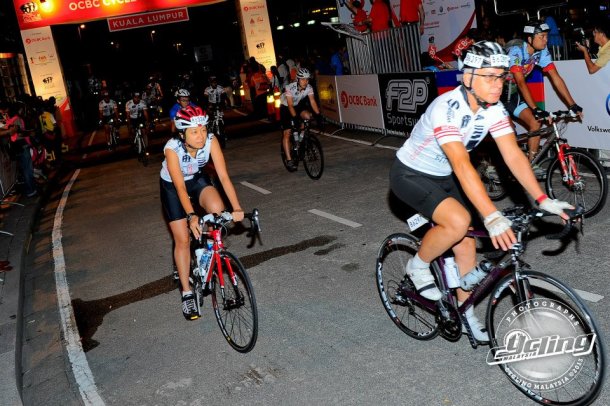 I soon forgot all about the Venge as what was supposed to be a fun ride exploded around me.

For some reason the organisers had given each of us a timing chip.  Perhaps that was the reason for so many people blasting along the fairly narrow start chute at maximum speed.  Sadly a number of riders came to grief a few minutes later along Jalan Raja Chulan when they hit a pot hole at speed in the pre-dawn darkness.  From the pieces scattered along the edge of the road I think at least two riders are in the market for new carbon front wheels.  A few others required medical attention after going down hard.

Mark L picked up a double puncture along the same stretch of road.  Fortunately we had a spare inner tube each so he was able to fix both flats.  The upside, if you could call it that, of having a double puncture is that by the time we got rolling again the sun was up, and the high-speed riders were all ahead of us.

The rest of the ride was a lot of fun.  A few meandering cyclists notwithstanding.  After the drama of the flat tires there was a short climb into the Lake Gardens followed by a u-turn back down the hill.  We rode past the Bank Negara Malaysia (Central Banks of Malaysia) building and through a wooded and quieter part of the city.  The second half of the loop took us back past the office blocks, shop houses, hotels and apartments of the city center.  It was a treat to ride on streets that are usually clogged with traffic.

When I was sixteen I cycled to school along some of these same streets.  So I really appreciated the opportunity to ride through a city center that has changed dramatically since then.

The morning ended in the best way possible.  I made it safely to the finish in front of the Twin Towers, where I got my participant medal. 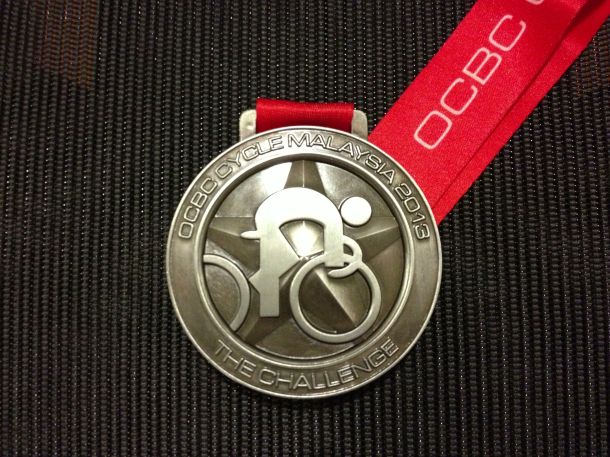 Then it was back to Restoran Pelita with the Racun gang, where we traded ride stories between mouthfuls of roti canai, nasi lemak and teh tarik.

I left Malaysia in 2008 as a non-cyclist. I am back home now with three road bikes and all the paraphernalia that goes with being addicted to cycling.
View all posts by alchemyrider »
← Local Weather Alert: Snow at Times.
Gerrie Knetemann Classic 2012 →