RSS Feed
← “Hey, I Put Some New Wheels On, And Suddenly Everything Is Right” **
Down Under →

The final organized ride of the year for my riding buddies and I was a 125km / 78 mi charity event in aid of St. John Ambulance and Mission for Missing Children.

The route ran clockwise from Setia Alam to Kapar, and then north to Kuala Selangor.  There we turned right onto Jalan Rawang and followed it through Batang Berjuntai before turning right again onto Jalan Batu Arang for the southward leg back to Setia Alam. 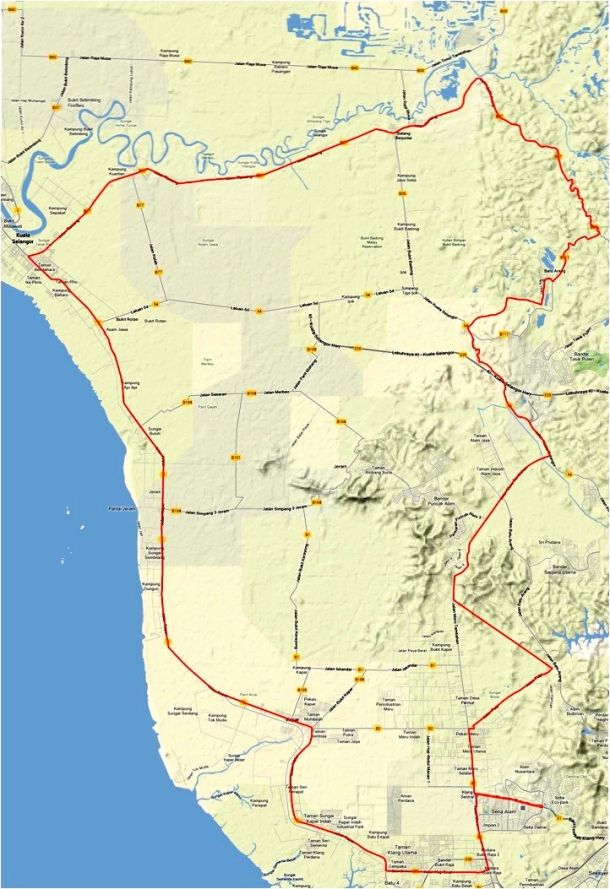 It wasn’t a particularly big group that gathered in the Setia Alam Welcome Center parking area at the crack of dawn.  About 350 of us were at the start to listen to the pre-ride briefing from Chan Chee Seng.

Chee Seng was a familiar face from my past.  The last time I met this accomplished sporting figure (he represented Malaysia in swimming at the 1964 Tokyo Summer Olympics, went on to become a successful coach, and then launched a second sporting career, becoming the first Malaysian to participate in the Kona Ironman World Championships in 1995) was about forty years ago.

Most of the usual suspects in our group did this ride.  Raj, Mark, Chris, Marco, Keat, and a friend almost ready to roll.

Marvin, Griffin and Chon were also there.  Gary rode too, but he didn’t make it into the start line photographs. 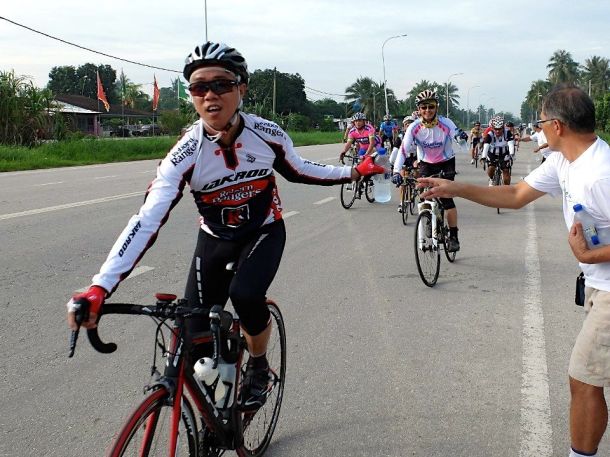 This was the road we were on between Kapar and Kuala Selangor.

We hit the first of the lumps on the route after 65 km / 40 mi, as we entered Batang Berjuntai.  That sudden 20 meter / 66 ft climb took so much out of us that we had to stop at a 7-11 for a break!  Where we were joined by a fellow rider in need of some rest and refreshment. 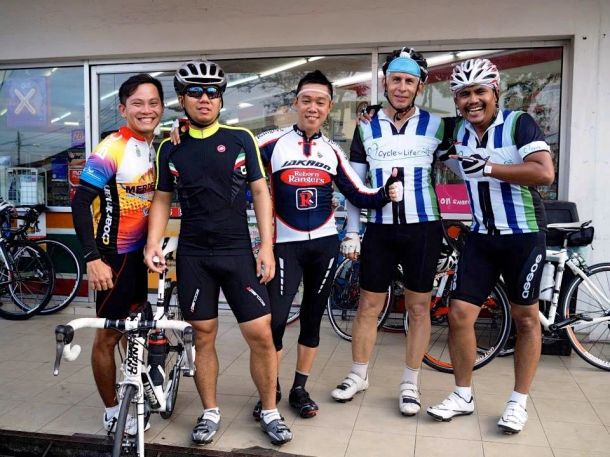 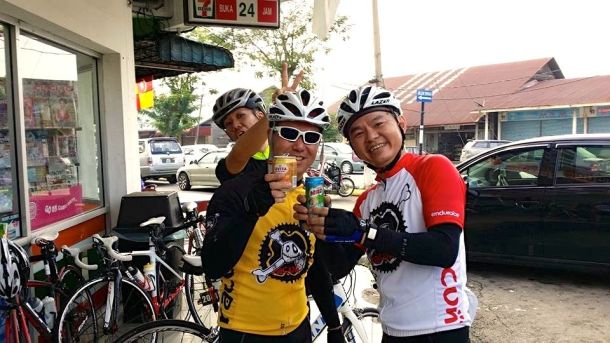 We had been told that the next water stop was after 90 km / 56 mi.  So we were surprised to come across it just 7 km / 4 mi later.  That didn’t stop us from partaking of the PowerBars and bananas on offer.

As well as enjoying a touch of Mother Nature. 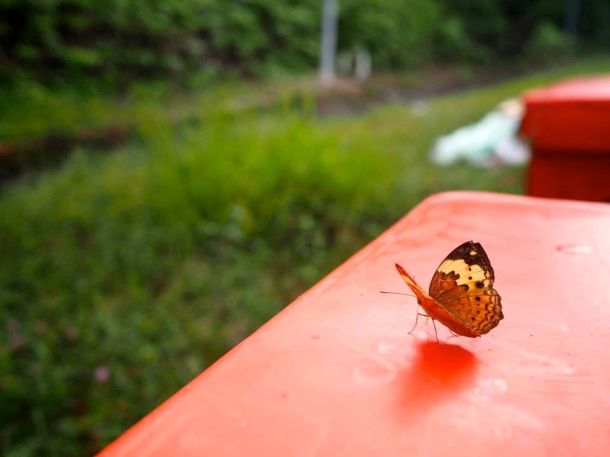 Most of the excellent photographs in this post come courtesy of this gentleman.

He was on his bike with his DSLR camera in his right hand, taking photographs as he rode.  Fantastic.

Perhaps the organizers moved the stop so that we could refuel before the route turned really hilly.  Which it certainly did.  We had about 225 meters / 740 feet of climbing in the next 20 km / 12 mi.

This is the view back down the last hill.

By the time most of us got to the Dragon’s Back it was noon.  It had been a warm, albeit overcast, morning to start with.  The temperature kept rising throughout the morning, and by midday the heat index was pushing 34° C / 93° F.  Everyone in our group had to battle cramps at some point during the ride.

The remainder of the ride was thankfully flat.  Even so it felt like a long 11 km / 7 mi to the finish.  I suspect that more than a few riders were grateful for the assistance from the St. John Ambulance volunteers during and after this ride. 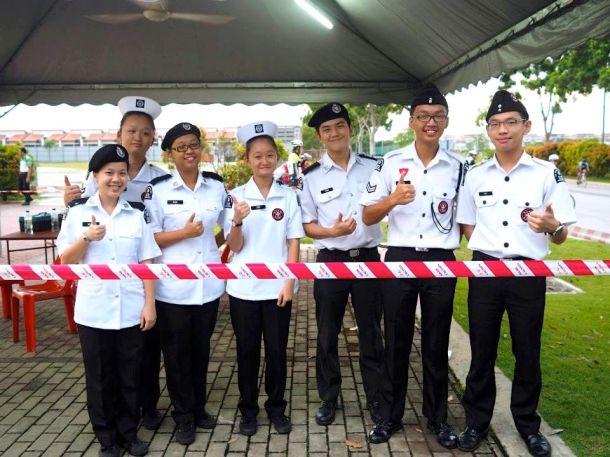 Everyone in our group made it to the finish on their bikes rather than in a support vehicle, despite the heat and the cramps.  This was the longest ride to date for Chon, Gary and Raj. So they more than any deserved their finisher’s medals.

I left Malaysia in 2008 as a non-cyclist. I am back home now with three road bikes and all the paraphernalia that goes with being addicted to cycling.
View all posts by alchemyrider »
← “Hey, I Put Some New Wheels On, And Suddenly Everything Is Right” **
Down Under →