RSS Feed
← Mere Millimeters In It
R@SKLs do Bentong →

New BB for the Alchemy Eros

Bottom Bracket (BB):  The bottom bracket connects the crankset (chainset) to the bicycle and allows the crankset to rotate freely.  It contains a spindle or axle that the crankset attaches to, and the bearings that allow the spindle and cranks to rotate.

From Wikipedia, the free encyclopedia

In my post about my broken saddle, I mentioned that I was told about the snapped rail after I sent the Alchemy Eros to Meng Thai Cycle for servicing.  The bike needed a service because the BB was clicking sporadically.

The Eros frame does not have a drain hole in the BB shell, or in the chain stays.  So the water that found its way into the frame, most likely by wicking down the seat post, accumulated in the BB shell.

This is what a new Chris King Press Fit 30 BB looks like. 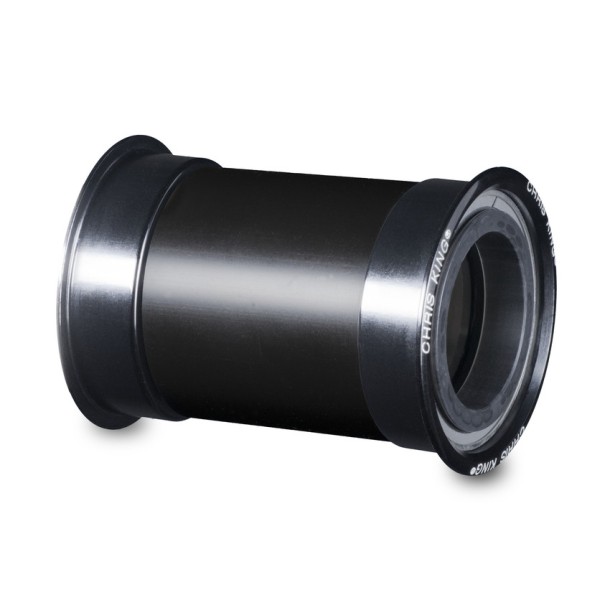 This is what came out of my frame. 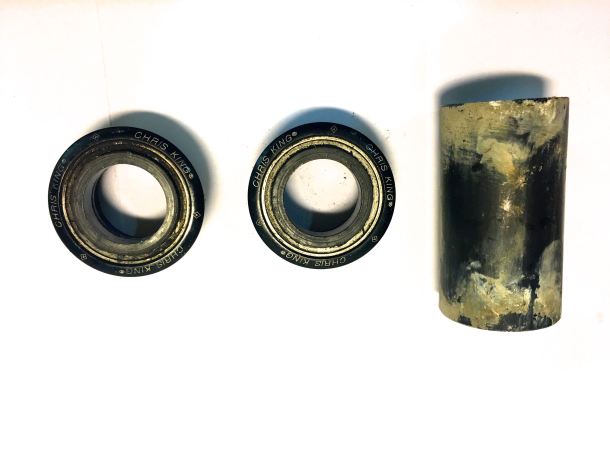 Clearly, the water in the BB shell had not done the bearings any good.  The damage was so bad that the BB had to be replaced.

I had read about twist fit BBs in the past.  They were touted as an elegant solution for creaking press fit BBs.  In April 2015 BikeRadar published a piece about Legit Engineering’s twist fit BB.  Seventeen months later, road.cc published an article about the similar Token thread fit BB.

Both versions feature bearing cups wrapped in a plastic and fibreglass composite material.  This prevents metal-to-metal contact between the bearing cups and the frame, thus eliminating creaks.

The clever part of this solution is that the bearing cups thread together, tightly sandwiching the BB shell in between the cups to prevent movement. 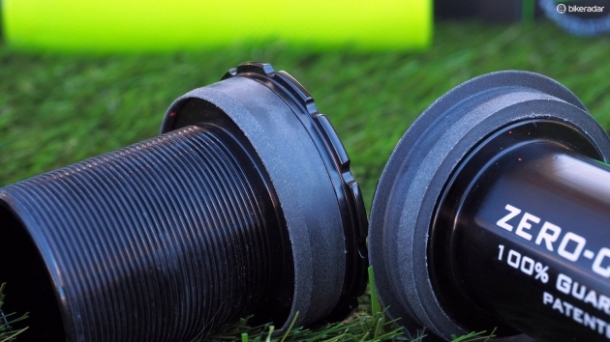 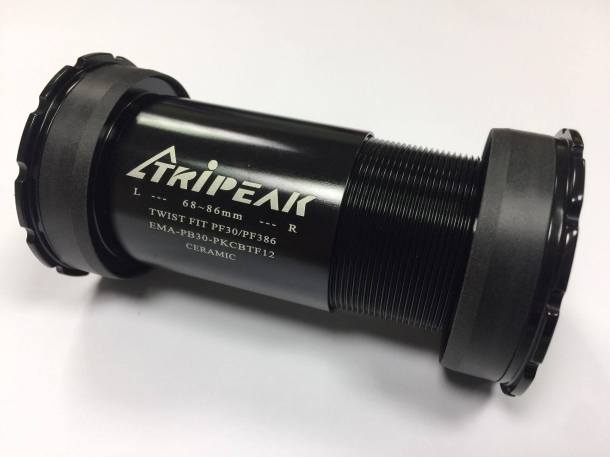 Chris King BBs come with a 5-year built-to-last warranty.  I sent photographs and a description of the problem to Alchemy Bicycle Co.  Alchemy was whom I had “bought” the Chris King BB from when I purchased my fully built-up bike.

Alchemy has submitted those details to Chris King, but have not yet heard back from them.  It is a limited warranty, so it is very likely that damage or failure due to water in the BB shell is not covered.

Which reminds me to take my Alchemy Eros outside, remove the seat post, and turn it upside down.  I have been on some wet rides lately.

N.B.  Taiwanese brands like Tripeak are often hard to find in the United States and Europe.  Wheels Manufacturing now offers a range of threaded BBs to replace press fit BBs.

I left Malaysia in 2008 as a non-cyclist. I am back home now with three road bikes and all the paraphernalia that goes with being addicted to cycling.
View all posts by alchemyrider »
← Mere Millimeters In It
R@SKLs do Bentong →