Bikes on Trains in Kuala Lumpur

A rail-based rapid transit system came into being in Kuala Lumpur in 1995, with the introduction of the STAR Light Rail Transit (LRT).  This was followed by the PUTRA LRT in 1998, and the KL Monorail in 2003.  These three systems have since been placed under one administrative umbrella, and branded as RapidKL.

Bicycles were not very welcome on LRT and Komuter trains.  While folding bicycles have been allowed on LRT trains during off peak hours for many years, this quote from a 2009 online article in The Nut Graph is illustrative:

RapidKL considers bicycles, even folded ones, “potentially dangerous” to bring onboard an LRT. Hence, its policy restricting bicycles from LRT trains during peak hours.

So it is not surprising that RapidKL had a long list of guidelines for commuters with folding bikes. in 2011 these guidelines were:

But things were about to change.  Cycling was becoming increasingly popular in Malaysia in general, and in Kuala Lumpur in particular.  A group of cycling activists coalesced around Jeffrey Lim, who in 2012 had the idea of creating a bicycle map for Kuala Lumpur.  2012 was also the year in which an avid cyclist, Tan Sri Ahmad Phesal Talib, took office as the mayor of Kuala Lumpur.

The Bicycle Map Project became a reality in September 2014, with the first print run of 10,000 copies of the bicycle route map.  You can view and download a copy of the map here.

The mayor of Kuala Lumpur worked with Jeffrey Lim on a number of cycling-related initiatives, including the creation, in 2015, of the first official cycling lane in the city.  Read more about the creation of the bicycle route map and related Kuala Lumpur City Council efforts here.

The mayor has continued to drive initiatives to develop a cycling culture in Kuala Lumpur.  For example, the KL Car Free Morning, introduced in 2014, is now a twice-monthly opportunity for cyclists, joggers, walkers and skaters to take over major streets of the Golden Triangle.

That cycling culture has infiltrated RapidKL and KTM Komuter.  In September 2015 RapidKL announced efforts to encourage more commuters to cycle, by reaffirming that commuters can take folding bicycles aboard LRT trains during off peak hours.  Those limitations are understandable as the LRT carriages are compact, and often very full, even during off peak.  Kuala Lumpur City Hall also announced plans to provide bicycle storage areas at all LRT stations.

Of more interest to me, as a roadie, is what KTM Komuter  announced in June 2016.  As part of a new, first-of-its-kind programme called “Ride N’ Ride”, KTM Komuter now allows all types of bicycles inside Komuter trains.  Foldable bicycles are allowed at all times, while full-sized bikes are only allowed during off peak hours.

I had my first experience on being on a KTM Komuter train with my bicycle today.  Lay, Henry, Leslie and I rode from Kuala Lumpur to Seremban in the morning. 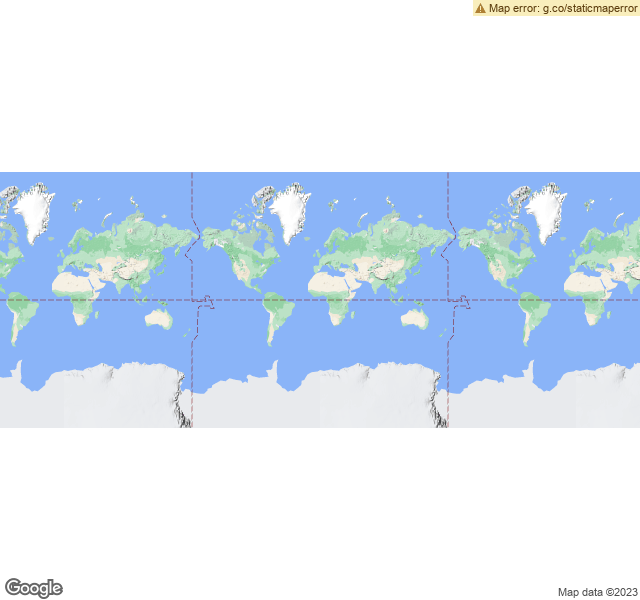 After lunch at the Pasar Besar Seremban, we pedalled the kilometer or so to the Seremban railway station.  A ticket to take a bicycle on board the train is RM2 / USD0.45.  My fare from Seremban station to Bank Negara station was RM9.00 / USD2.00.  Not bad for a 55km / 34mi journey.

The train arrived on schedule.  Always a good start to any rail journey.

We had a very pleasant ninety minute ride, in air-conditioned comfort.  The space allocated for bikes in the first and last carriages of each Komuter train is more suited to folding bikes.  But the powers that be at KTM are clearly okay with full-sized bikes in the two designated carriages.

I brought slippers with me.  They definitely made moving around the stations and the train easier. 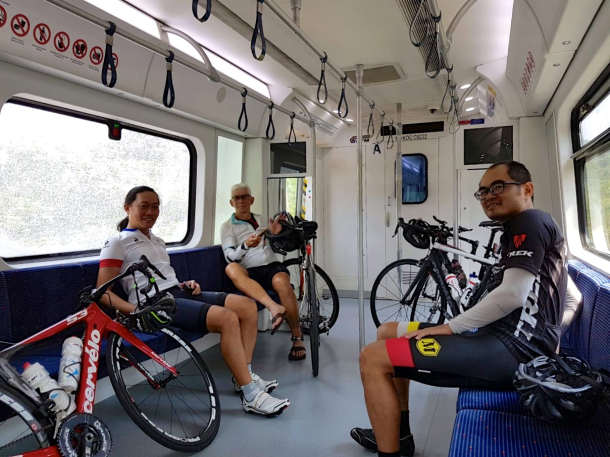 The whole trip was such a success that we are already planning more Ride N’ Rides, to use KTM’s tagline.  There are a few possibilities to choose from amongst the stations that KTM Komuter serves.

I see more of this in my future.

I left Malaysia in 2008 as a non-cyclist. I am back home now with three road bikes and all the paraphernalia that goes with being addicted to cycling.
View all posts by alchemyrider »
← Grow Your Jersey Collection One Ride at a Time – 2016
My Local Bike Shop (LBS) →