Smoke Gets in Your Eyes * 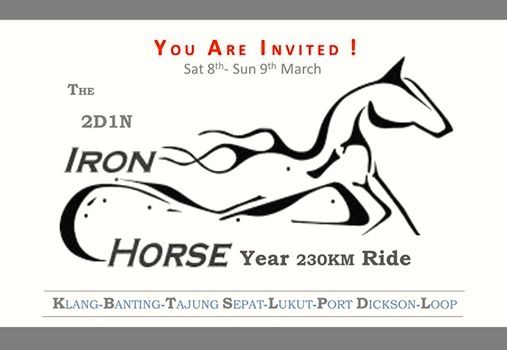 The weather has not been kind lately to Kuala Lumpur.  It has been very hot and dry.  The month-long drought has had two effects.  One is that water rationing has been imposed.   The other is that forest and peat fires have sprung up, driving air quality to unhealthy levels.

It is no wonder Dave Ern posted weather and haze updates in the days leading up to the Iron Horse ride.

The main concern was the haze.  The air quality was in the moderate range on Wednesday.  Conditions deteriorated as the weekend approached.  By Saturday the API value was in the unhealthy range.

Nevertheless about forty people gathered in the car park at GM Klang for the start of a two-day round trip ride to Port Dickson and back.

The ride would take us out to the coast at Morib.  We would then ride south along the coast to Port Dickson. 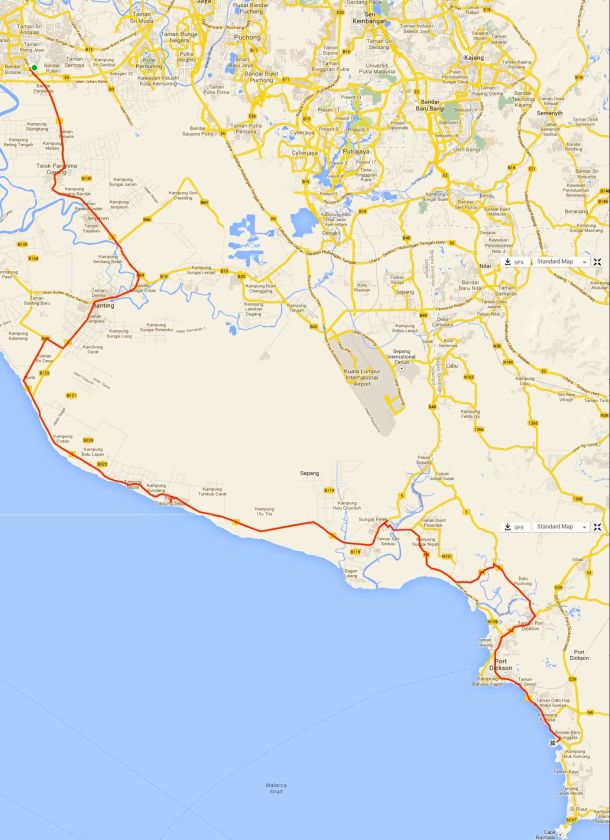 The early going was not pleasant.  This was on the way out of Klang enroute to Banting. 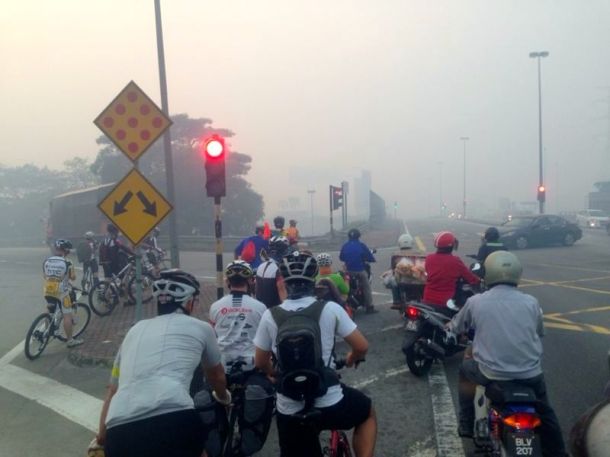 The air quality got worse the closer we got to Morib.  Many of us had masks or bandannas over our mouths and noses.  I had neither, but made sure that I was breathing through my nose rather than through my mouth.

There was little we could do about our stinging eyes though.  Except hope that the air would be clearer and cleaner along the coast.

At Morib we should have been able to see the beach and the sea.  We couldn’t.

It was not until we got to Tanjung Sepat, about halfway to Port Dickson, that the haze started to clear.  At that point I was in a group of six cyclists that was ahead of the other riders.  Traffic lights, flat tires and other stops had slowed the rest down.

The six of us made our first stop at Tanjung Sepat.  Soft boiled eggs, buttered toast and kaya, and iced tea for everyone.

The wind had picked up by the time we got rolling again.  Not so good that it seemed to be a constant headwind.  Very good that it cleared the smoke and haze. 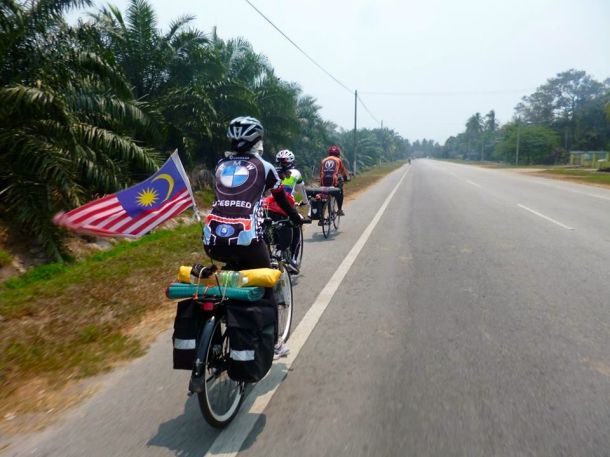 At Sungai Pelek we took a detour through a housing estate and an oil palm estate to get to the little ferry that crosses the Sungai Sepang. 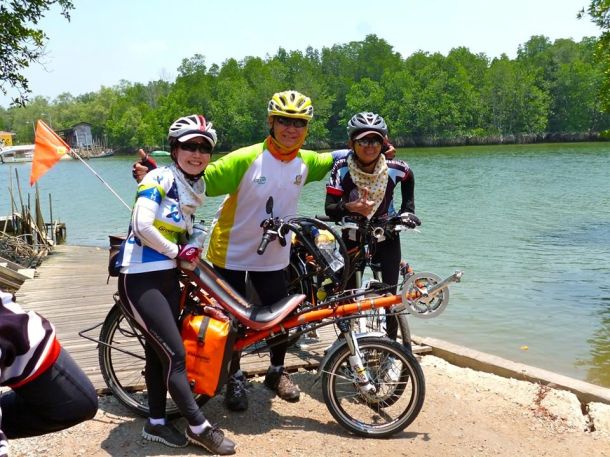 I dove into the freezer cabinet and discovered Nestle Apple Sourz iced lollies.  They were so good, and I was so hot,  that I had three of them.  Those frozen treats, and the air-conditioning in the 7-11, cooled me down enough to face the final 10 km to the Avillion Hotel.

Twenty five hot minutes later the six of us rode up to the lobby of the Avillion Port Dickson.

Our relief at arriving at our destination was short-lived.  There are two Avillions in Port Dickson, and we were at the wrong one.

So we had 5 km more to cover before we got to the Avillion Admiral Cove. 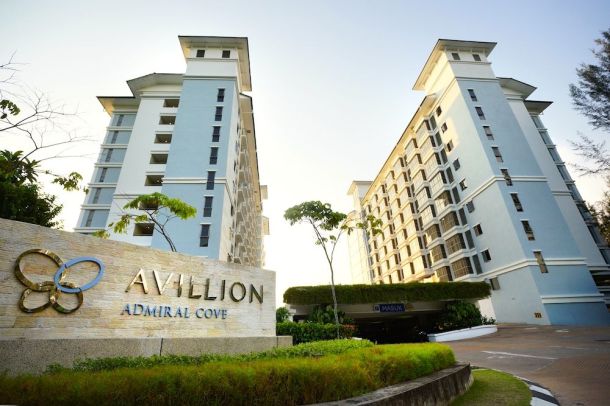 The other Flipsiders had made a stop along the way for clay pot chicken rice.  They arrived later but not as hungry as I was.

I was thankful for a cold shower and air-conditioning.  My young riding partners were staying at the Best Western.  A further 15 km down the road.  They hung out for quite a while in the lobby of the Avillion Admiral Cove, waiting for their friends.

The most adventurous ones in our group camped on the beach.

These true tourers packed up their tents the next morning and rode the 115 m back to Klang.

The guys I cycled together with did the return trip also.  These guys rode an extra 20 km to get to the start at GM Klang.  They then had an extra 15 km to the Best Western Resort in Port Dickson.  So in all they rode about 315 km. 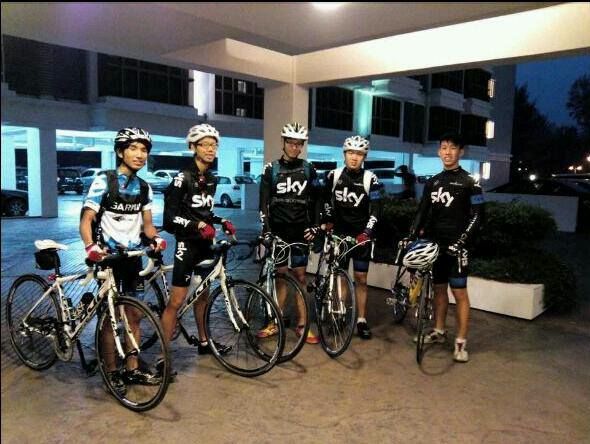 I took the easy way back home.  As a passenger in my biker chick’s car.

The ride was smokey.  The ride was hot.  Given the chance I am sure we all would do it again.

* With thanks to The Platters

I left Malaysia in 2008 as a non-cyclist. I am back home now with three road bikes and all the paraphernalia that goes with being addicted to cycling.
View all posts by alchemyrider »
← Riding into the Year of the Horse
Longer Than Planned →