My northern latitude friends, quite reasonably, expected warmer weather by the time of the March equinox.  My northern latitude cycling friends perhaps mark the arrival of spring by the running of the first Spring Classic bike race of the year.  Milan – San Remo.  Raced this year on 17th March.

To the relief of cyclists and non-cyclists alike, spring seems to be finally making its appearance in Europe.  It promises to be 10° C / 50° F this Sunday for Paris – Roubaix, the last of the Cobbled classics.  My Not Possibles friends will be hoping the warming trend continues to the first of the Ardennes classics on 14th April.  The Amstel Gold Race.  They will be joining 12,000 like-minded cyclists for the Tourversion the day before the professional race.

Here in the tropics we think in terms of wet and dry seasons rather than in terms of winter, spring, summer and autumn.  However there is some evidence around of the spring concepts of renewal and rebirth.

We saw lots of mums with new babies during the ride to Genting Sempah last Sunday. 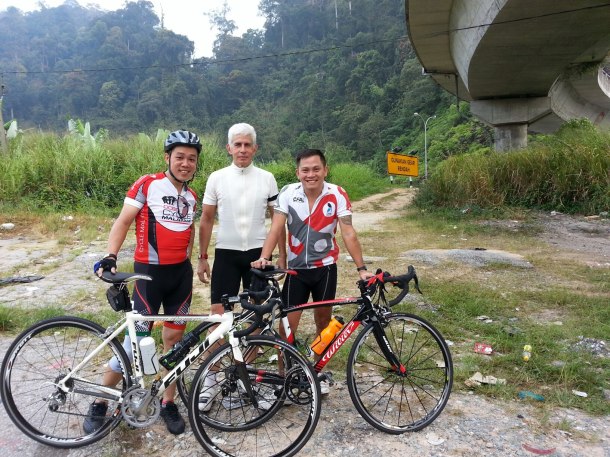 Photo courtesy of They Wei Chon

* With apologies to William Shakespeare.

I left Malaysia in 2008 as a non-cyclist. I am back home now with three road bikes and all the paraphernalia that goes with being addicted to cycling.
View all posts by alchemyrider »
← Shine a Light, Shine a Light *
Velo Fit is Born →